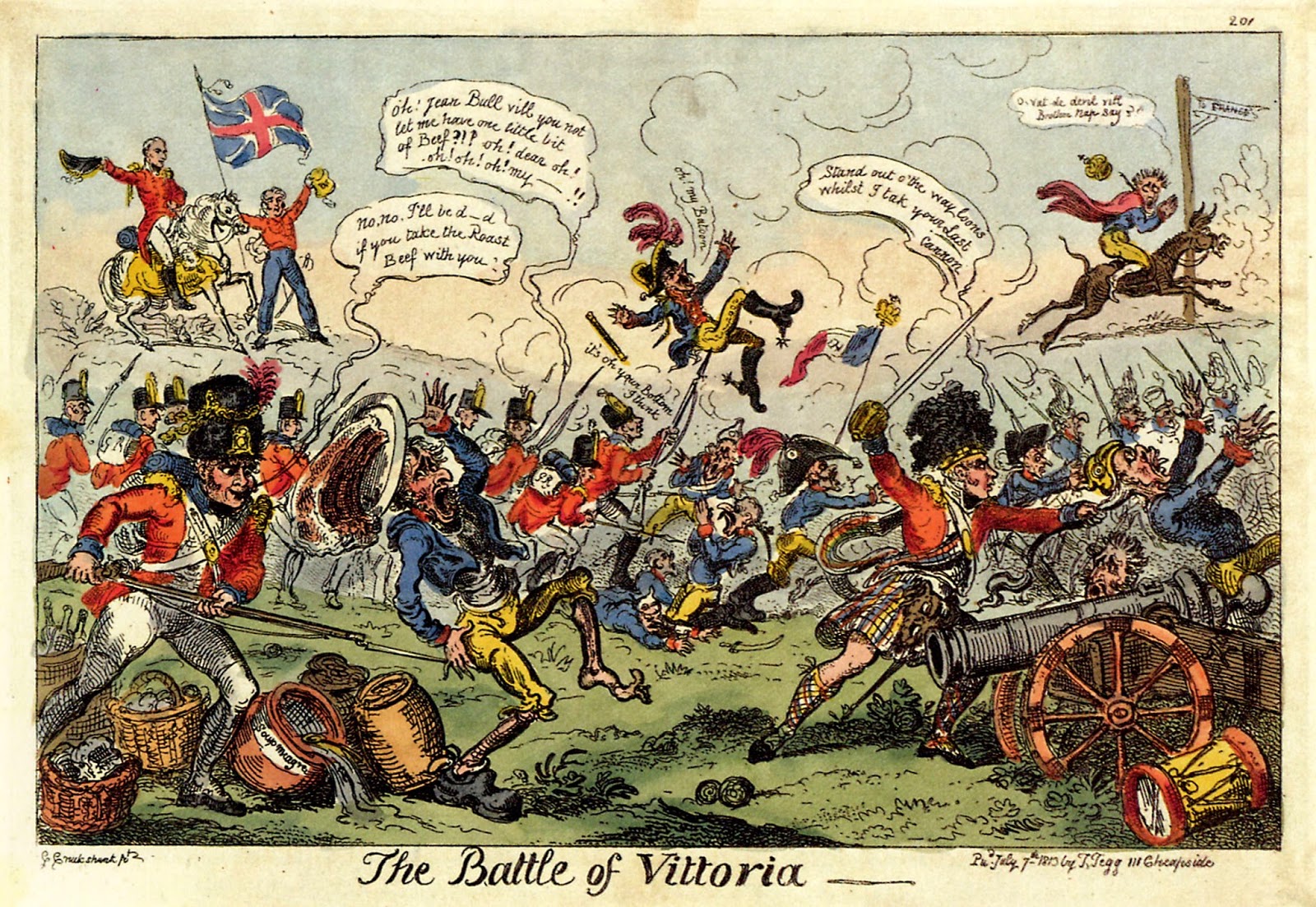 After faffing around with cavalry, it's time to finish my stalled British Peninsular War project. I currently have two and a bit brigades of infantry from Daddy Hill's 2nd Division from the Vittoria OB. I have to paint two more Portuguese battalions and 3 more British regiments;
Facing information from Napoleonguide

It was a mark of how much Wellington valued them that they weren't sent back to Britian to recruit and refit. He didn't want to lose 2 prime, experienced battalions at the expense of one full but inexperienced 1st battalion.

I'll be using the SHQ metal figures for my Portuguese (which I only found recently in my Metal Mountain & Plastic Pile after misplacing them for a while!) and the lovely HaT Peninsular War British Infantry

These have been a while coming!

We've finally had some really heavy rain, the first in about 3 months, and it hasn't been good weather for varnishing, I tell you. I had the first week of the school holidays off while my wife worked, and she's had this week off work while I went back for the 4 days before Easter. Anyway, the first few days of the holidays it rained for something  like 4 days straight. The air was extremely humid and affected the sparay varnish dramatically; all the figures I tried to varnish in that period got the Retreat from Moscow look, covered in white snow!

As a result I had to resort to FMB's and Panzer Kaput's patented olive oil repair trick to recover the damage, but was a little heavy handed in the application of the oil. Despite acouple of coats of matt varnish, they remain slightly glossier than I like.

So, below are the 4th Queen's Own Dragoons ready for service! 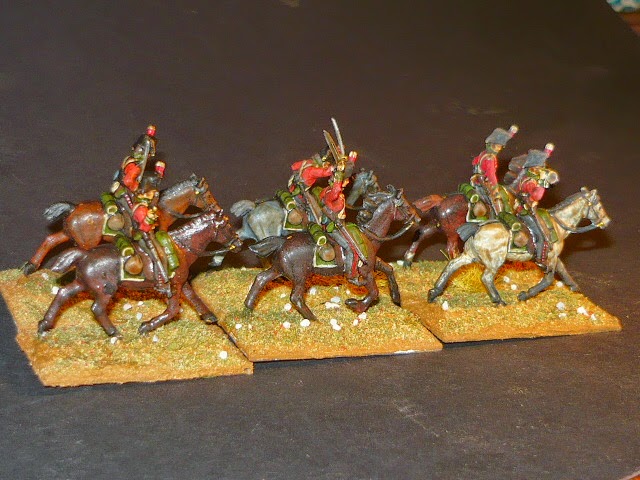 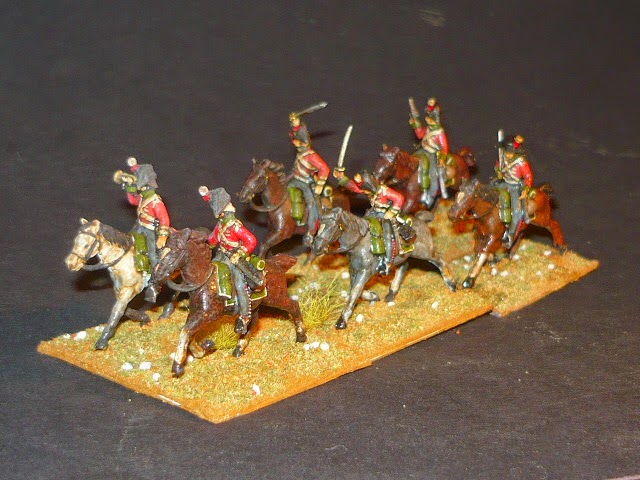 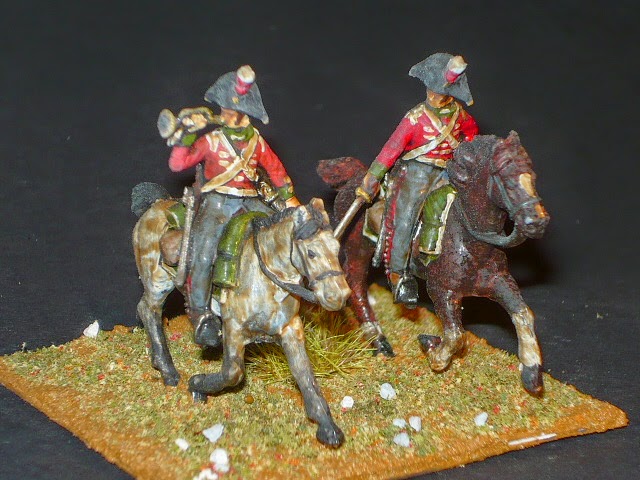 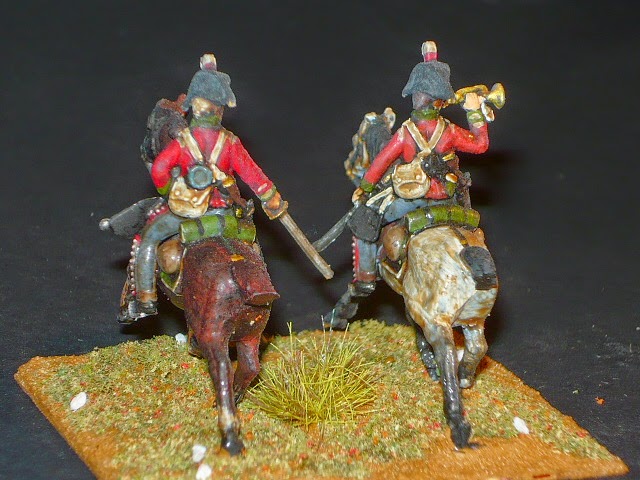 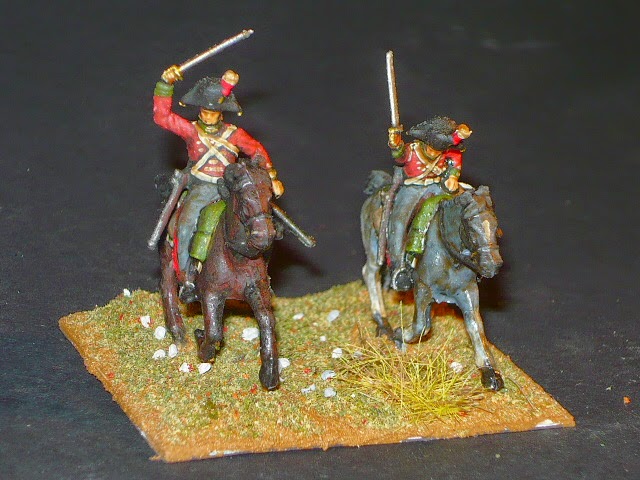 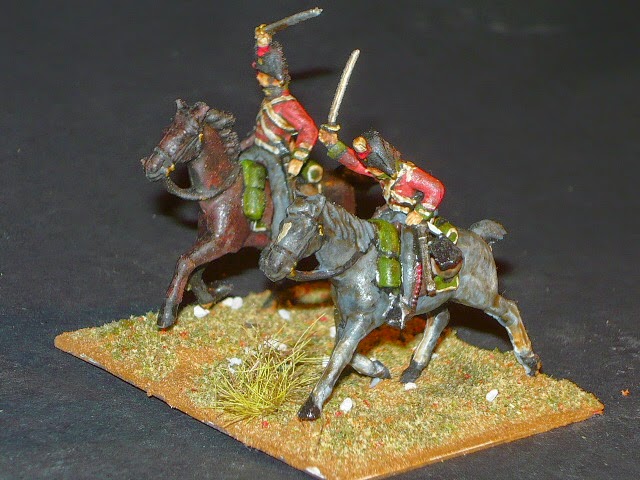 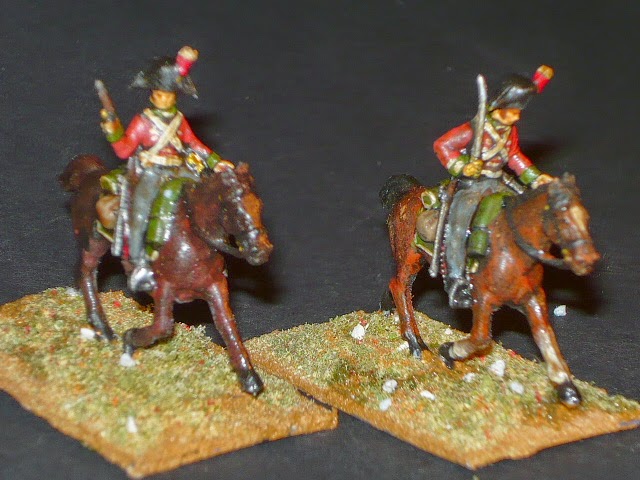 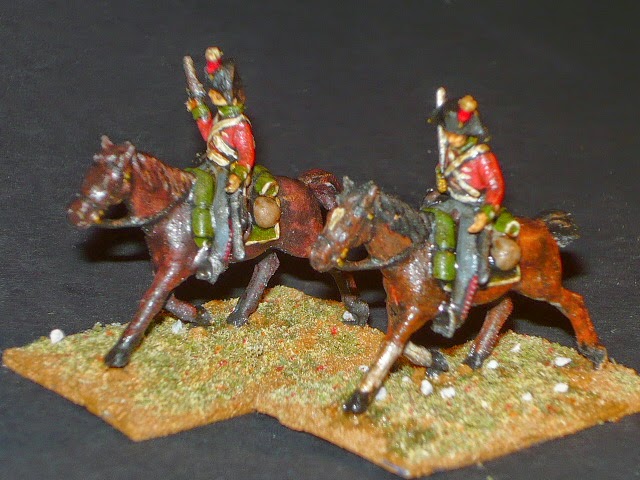 I was alerted to this story by La Petite Rosbif #1.

Don't they have any respect?! What is the world coming to, I ask you? The youth of today need more discipline, I tell you! When I was young...

Well, it seems more like it was a theft to order, as the nature of the items means they can't be flogged at the local pub for a knock down price without tipping off the fuzz.
Posted by Ben Gilmour at 8:02 PM 2 comments:

My Hovercraft is Full of Eels - Part 2

In the second week running I maanged to make it to the club. Huzzah!

As it was the club sales night, I suggested a scenario with a reduced points list for everyone so that we could get a game in after perusing the wares on offer. I picked up a Roman style church from Garry for my Comitatus project after telling myself I wouldn't buy anything!

The players were the same as the previous week, with the only change being Vana in place of Paul. Again I paternered Pete with his Brunswickers and faced John R. with his Poles. Vana borrowed some of my French troops for the night, while John fielded the same Polish 12lb guns and infantry with slightly less cavalry than the previous game.

On my side of the board, my lesson learned from the previous week was to avoid the 12lb guns at all costs, and, if possible, to take them out early in the game. As a consequence, I stuck most of my infantry in the woods out of range of the guns, while my cavalry were to run interference with John's approaches.

With the end of the night approaching and the fact that Vana had been repulsed, the game was ended with a British / Brunswick victory. It would have been interesting if we'd had time to bring John's attack to fruition. With my flanks under threat, it would have been interesting, though I still had reserves available on either flank. I think my very lucky cavalry charge at the beginning saved my bacon, as John could have developed his attack a lot earlier if I hadn't mauled that wing so early on.

I think I'd like to play this again on a Saturday with more points and play it through to a defintie conclusion. It was a lot of fun (especially when my suicidal cavalry charge came good!) and could result in some bloody clashes, if the infantry could ever get to grips.

Pete E. and I played John R. and Paul last Saturday. I had a British force and Pete a mixed Anglo-Brunswick force. I faced John with his Poles while Pete took on Paul's French. It really was a tale of two battles, with Pete and Paul going hammer and tongs against each other, while John and I spent most of the game facing off and trying find a chink in the others' armour. In contrast Paul and Pete indulged in charge and counter charge, with their dead piles growing impressively. I think John suffered 4 casualty figures all game, while mine was slightly larger, mainly due to his artillery, but more on that later.


It's amazing how different both sides of the tabel were, with Pete and Paul engaging in a real bloodbath, while John and I danced around each other, neither of us able to get the upper hand.