メリークリスマス !
Maligayang Pasko!
Thanks to my growing list of followers for your continued support throughout the year. It's great to feel my efforts are appreciated all around the world!

Stay tuned after the Christmas/New Year break for more Wagram command and artillery figures. Then wait for the Wagram battle report; It'll be bigger than Ben Hur!

These figures will adorn the bases of the Divisional and Corps Generals figures for the Army of Italy in the upcoming Wagram battle in early January. 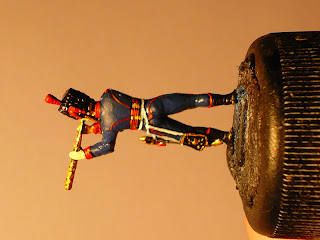 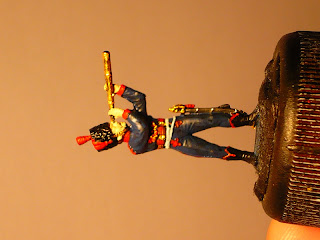 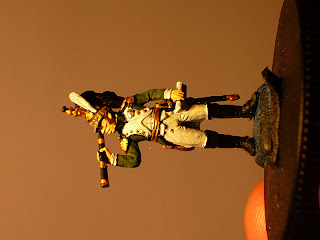 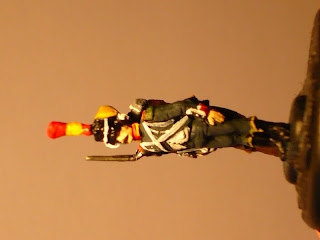 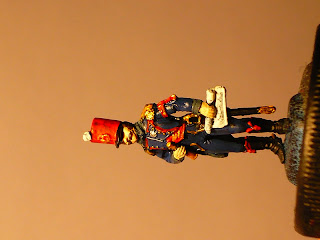 These are the horse artillery gunners that will accompany the Chasseur Division that is part of the Army of Italy. Both batteries are of 3lbers! Pop!

The figures are Italeri with Zvezda heads. 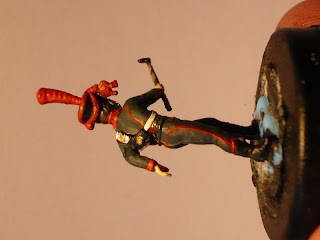 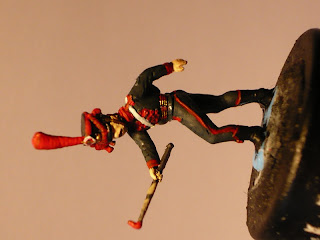 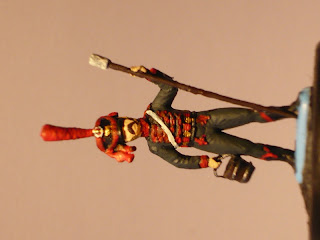 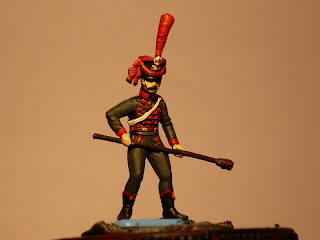 What a difference a spring clean makes!

Email ThisBlogThis!Share to TwitterShare to FacebookShare to Pinterest
Labels: Workbench

The ADCs and generals are all now mounted awaiting basing and varnishing. I'm now painting up the 'hangers-on' to accompany the generals on their bases.

Next units will be the artillery batteries; 2 horse and 1 foot. 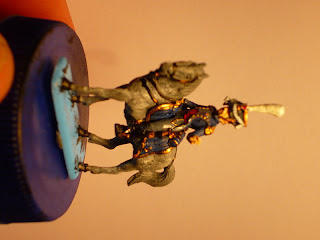 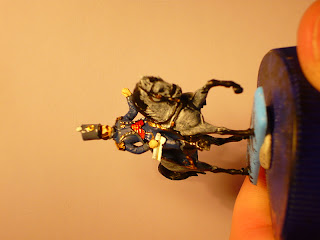 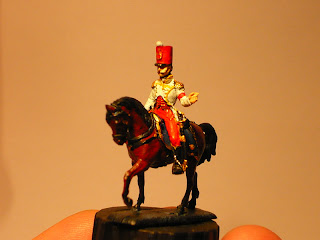 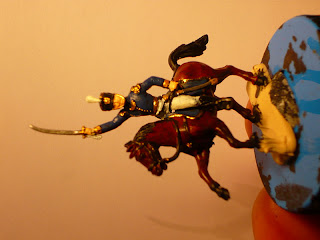 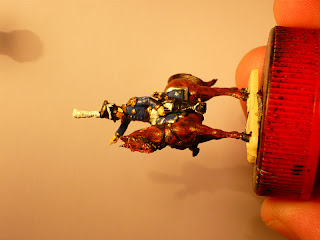 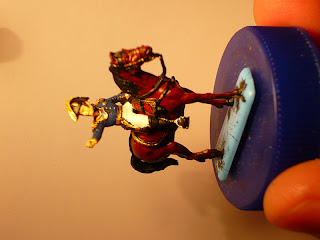 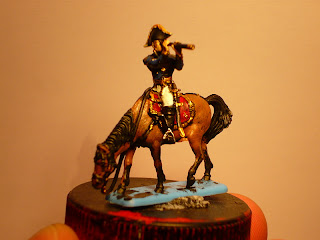 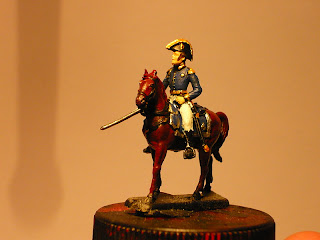 The last club game for the year I can get to happened last Saturday at the Croydon venue. The Napoleonic crew had another series of 1:120 matches of...guess what?...Austrians vs. French circa 1809.

We're all getting to grips with our units and how to best play them for the upcoming January re-fight of Wagram and this Saturday past was no exception. We had 3 games going, all 1:120 scale and all Austrians vs. French. I was ably partnered by Darren and his Republican French army and faced a combination of Pete E. and Andrew B. using Pete's Austrian figures.

On my side of the board it turned out to be a fairly tame affair as Andrew wasn't in much of an attacking mood after Pete got into all sorts of bother due to Darren's early flanking move with his Chasseurs a Cheval. Andrew tried to put in a charge on my line in the woods, but due to a combination of failing to attach a general to his regimental charge, my firing as he came in and the disorders incurred charging into the woods, his charge failed and the regiment fled.

This failure caused him to use his small cavalry force to plug the gap on that flank, while his stretched infantry line in the centre was protected by his other small, but superior, cavalry unit. Once he moved this away to try and help Pete, I felt the time was right for an attack. I had one of my light infantry regiment skirmishing with his right hand regiment in the woods in the attempt to keep it busy and rack up enough disorders on it to prevent it from interfering in any major way from whatever I was going to do next. I wasn't sure if I'd be more successful with a cavalry or infantry charge on his line, but settled for the cavalry as they were ready; I'd have had to spend a turn at least getting my infantry ready.

I duly sent my Chasseur brigade in column at the line, allowing it to expand their frontage for maximum effect, but a combination of the chasseurs' rubbish rating, supporting artillery fire, a massed volley from the line and a pathetic pre-melee die-roll, the attack failed, resulting in a draw. How could that torrent of horse-flesh fail?!! Note to self - Chasseurs are rubbish; don't rely on them to smash the enemy, only to threaten them! I then decided to organise my infantry into attack columns in preparation for a charge, but by then Pete's position was untenable and the game was declared a French victory. Before the last turn, my horse gun battery had managed to inflict a morale failure on their Austrian counterpart in a minor act revenge for the failed cavalry charge. Huzzah!