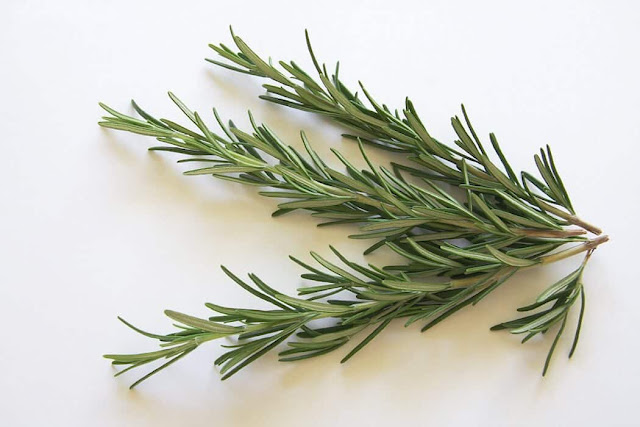 My mother-in-law, Rosemary, died suddenly a week and a half ago due to complications with the surgery she decided in the end to have. Either way, she was faced with a terrible choice; a slow deterioration which could rob her of a meaningful life, or a risky operation which offered her a chance of total recovery or catastrophic failure. After a week in which her symptoms only got worse, she opted to take the surgery with the proviso that if anything went wrong, she would be allowed to die without intervention. The surgeries themselves went without a hitch; it was just her body's reaction to them that was the risk factor, and unfortunately the worst happened. She died after a very rapid deterioration in her condition a week and a half ago.

We said goodbye to her yesterday in a moving ceremony where my stepfather-in-law read out not only his own eulogy, but a letter Rosemary had written to her grandchildren. Each of the four grandkids was presented with a little enamel box and instructed to fill it with things that bring them happiness and that they'll only find these things if they go out and live their lives to the fullest.. If they aren't filled it's a sign that they are not trying hard enough. There was not a dry eye in the house. I'm typing through a mist of tears just thinking about it now!

We were expecting around forty people to turn up on the day, but were staggered to find nearly double turned up to farewell Rosemary. A true indication of a life well lived, even if it was cut short. She was only 69.

On to more happy things, as life does go on; my latest units off the workbench; An Italian Light Infantry battalion (the 1° Reggimento Fanteria Leggera) using HaT's light infantry figures and a couple head swaps on the officer and kneeling voltiggiatore. The link takes you to the Napitalia site for the regiment, but the details on that site don't mention plumes, so I used a little artistic license. My Italians have lacked a light infantry arm for a while now, so that hole has finally been filled! 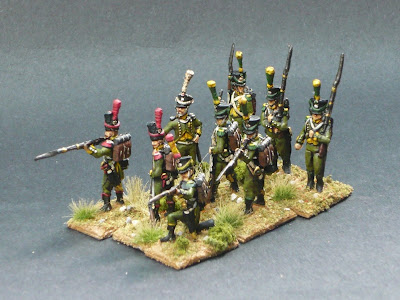 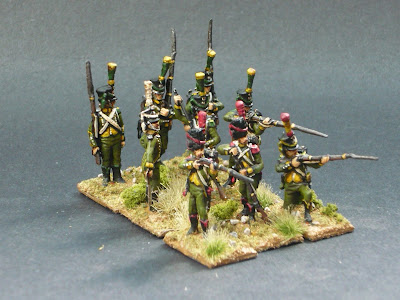 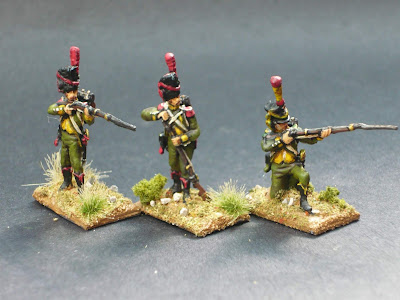 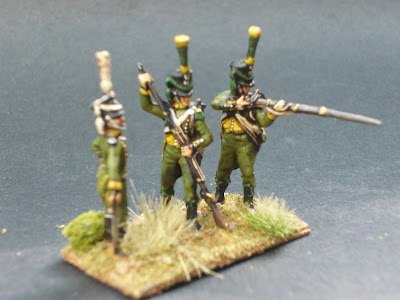 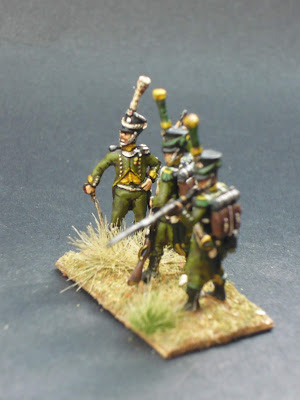 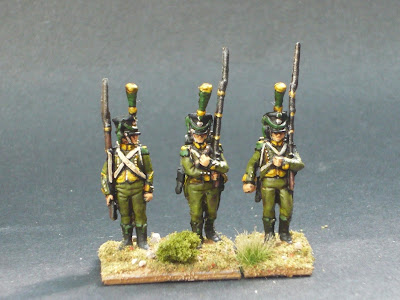 The other finished unit is a white faced British infantry unit, either the 32nd or 59th Foot. They are not from the order of battle the rest of my British infantry are from, just an addition using the available flags I still have knocking around!

I decided on this colour scheme before I started research on what I needed to recreate the Albuera order of battle (a long-standing goal for my allied forces). I found out, too late, that there were no regiments with white facings present at Albuera! Oh, well....

I used a mix of figures, but gave them a touch of uniformity by giving them all heads from the HaT Peninsular War British Infantry set. I think it worked out well seeing there a figures from 3 different manufacturers; Strelets, HaT and Waterloo 1815. The command figures (except for one of the colour bearers) and grenadiers are all Strelets, the advancing figure in the forage cap and the figure ramming a cartridge down the barrel are Waterloo 1815, while the rest are HaT figures with their own heads! Apart from the chunky Strelets muskets, I think they match up quite well with the same heads. I'm pleased with the results anyway! 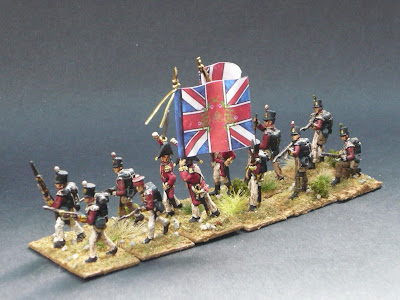 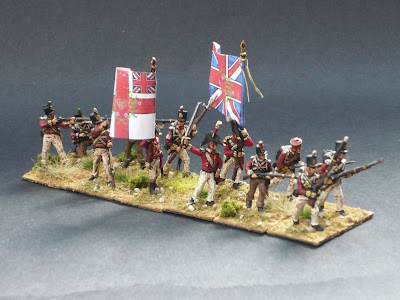 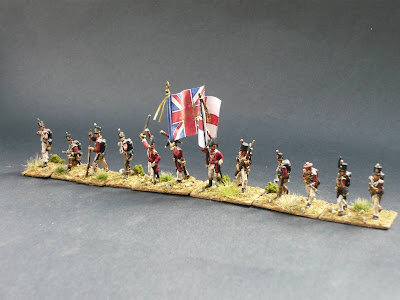 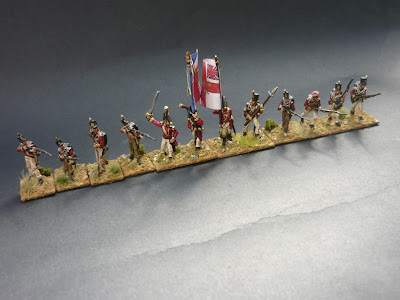 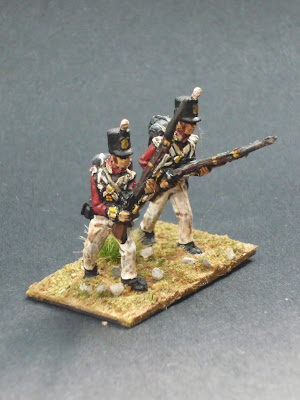 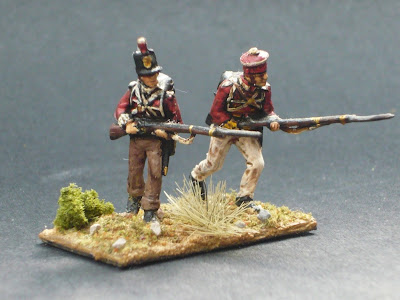 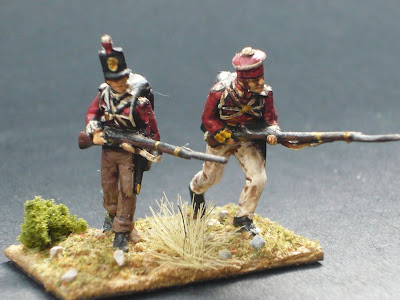 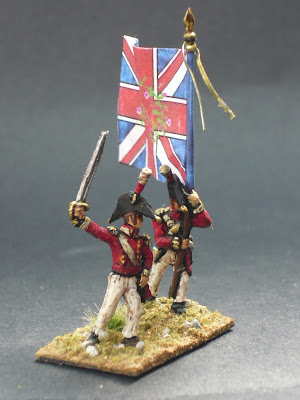 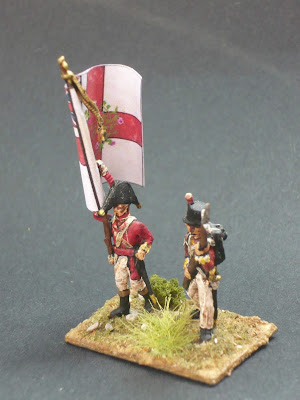 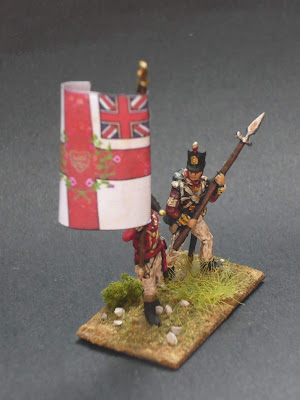 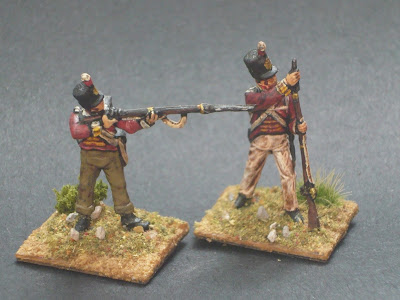 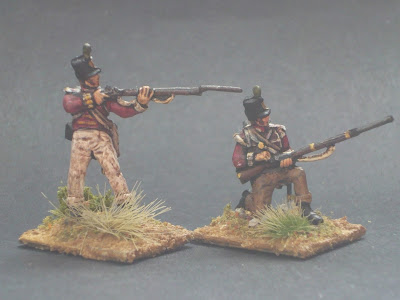